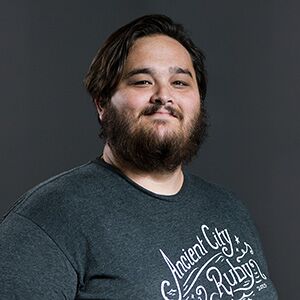 Jason is a native Floridian who started building for the web as a teen in the mid-’90s. He’s been a Rubyist for about as long as anybody, founding the Tampa Ruby Brigade in 2006 and taking great pride in being an active leader in the local tech community. After stints in academia, startups, and as a consulting freelancer, he has found great joy in mentoring and sharing the knowledge gained over his career. He’s also a game development enthusiast with a love for 3D modeling and animation. Jason is a father, a skeptic, entirely too opinionated, and prefers a word count with a power of two. When the world gets heavy you can find him either building LEGO® as catharsis or harnessing his power animal — the panda bear.

Mr. Perry has agreed to speak at the Ruby for the Newbie and Hour of Code (8-12) Star Wars events in Startup Week’s Developer track. Come on by and take advantage of learning from his unique skills, and don’t forget to check out all the rest of the awesome events at Startup Week!